Together We Can Do So Much

I participated in the Women’s March in Chicago this past January. I was taken by the number of women who attended the march in their pussy hats, surrounded by family and friends. The streets were a sea of pink. The crowd was a mix of gender, age, and race. Folks were calm, families were playful and happy, and women stood proud and firm in their beliefs. Sign after sign reflected the opinions and feelings of the crowd. I started taking picture after picture reflecting the words and images that I saw. They were powerful and meaningful to me.

I have spent the last nine months creating a body of work titled “Together We Can Do So Much,” which reflects this awakening. Because I loved all the vibrant and boldly designed signs of the march, text has become an integral part of this new work. It weaves in and out of my images, sometimes hardly recognizable, other times up front to be read loud and clear. My figures have stepped off the paper and have placed themselves onto the wall. They are speaking out, representing us all. They stand united and strong, embodying the depth of concern that is being felt around the world. Also integral to this work is the house structure, symbolizing a safe place or an expression of personal identity. These structures can also be identified as people uniting together to become a strong community and a force that is unbreakable. 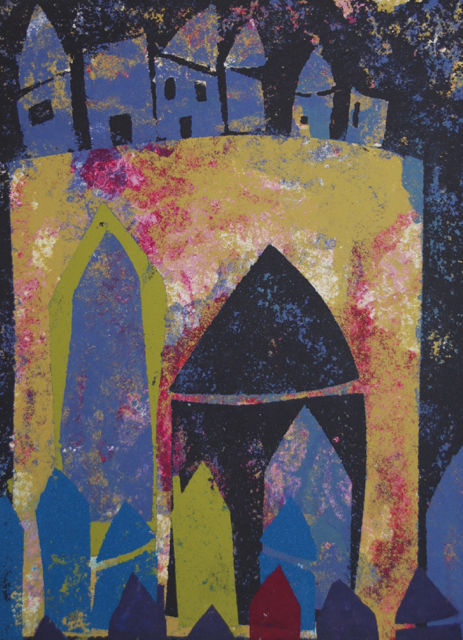